What's in a street name?

My navigation skills were immediately put to the test once I entered Brooklyn. I dutifully found my friend Gretel's address, or so I thought, and waited for her to come home. In any other situation I would have gotten out of the car and walked around to take in the local sites. I was so frightened by the neighborhood however that I sat glued to my car seat, with my doors locked and my knife at hand. I tried to ignore the Hispanic couple that was yelling and pushing each other around right outside of my car. I watched a man dump two cans of cat food into an abandoned gated-in driveway and watched the cats swarm. I examined the local graffiti flavor and the different types window barricades. As I sat in my car I thought of all the things I wanted to bring inside with me to be safe from car theft.

Nearly two hours later, provoked by the onset of having to pee and the sun setting I tried desperately to get ahold of Gretel. As I waited for her reply I decided to compare the address from one of Gretel's text message to the address I had entered in the GPS and sure enough, there was a discrepancy. I was sitting in Williamsburg at S 5th St (see ghetto photo below.) I left in a hurry and when I rolled up into Gretel's actual address on 5th Ave in Park Slope (see nice photo below) a huge wave of relief washed over me. Phew. She didn't live in the ghetto after all. Apparently, in NYC there is A LOT in a street name. 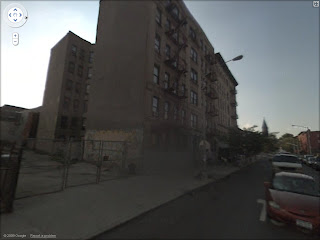 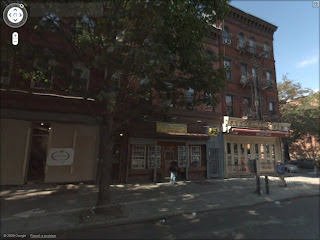 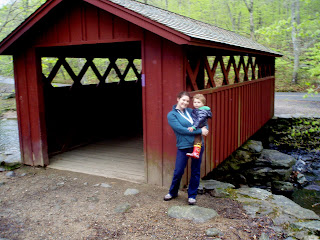 (Jo and Elijah at Chatfield Hollow State Park)
Yesterday, on my drive to Brooklyn I made a stop in New Haven, CT to visit a hamburger place that Jo had told me about. This place, Louis' Lunch claimed to be the original birthplace of the hamburger, so naturally, on a road trip such as mine, I had to check it out.
[ABC World News covered Louis' Lunch in this "news-worthy" clip here: http://www.youtube.com/watch?v=4O0iH-_c7zQ&feature=related ] 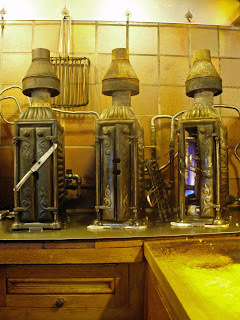 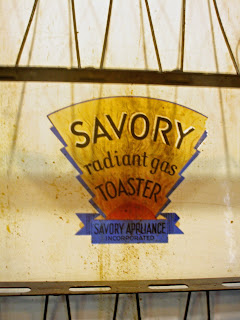 (Louis' Lunch - vertical gas ovens and emblem from the bread toaster)
I sat at the counter, ordered a burger and was soon greeted by a gentleman who took the seat beside me. We made small talk about my camera and I asked him about the local neighborhood. After discovering I was on a road trip, Bob offered to show me around the Yale campus, which was only a few blocks away. I got my own personal tour of the campus - he pointed out the original secret society, which George Washington and John Kerry were members of, a hidden sculpture garden and Yale's Sterling Memorial Library (pictured below.) 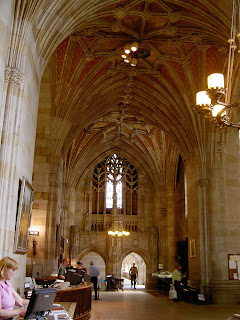 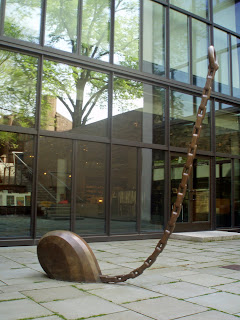 (Yale's Sterling Memorial Library and snail sculpture in Yale's Sculpture garden)
Today I'm off to see the Letterman...
Posted by Al at 4:39 AM