Four things are mandatory for a trip to NYC: eat a bagel, eat a pizza, sing karaoke and view the city from a rooftop. On that count I would consider my trip to NYC a great success.

As I clearly detailed in my last post, my welcome to Brooklyn was a bit jarring as I found myself 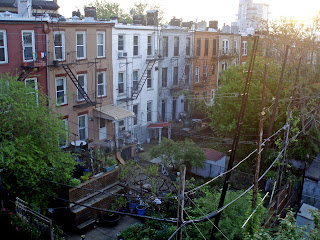 at S 5th St., Williamsburg (1 on subway map above), not 5th Ave, Park Slope (2 on subway map above.) Gretel's apartment is in a sweet location! The picture to the right is a view from her veranda.
5th Ave is a hot spot for fantastic restaurants and bars and all are snuggled together on the street, so we didn't have to walk far. As a matter of fact, one morning we went to brunch at a bakery that was literally next door to her apartment - so when we sat outside ordering scones, drinking coffee and playing scrabble for nearly four hours, it felt like we were in Gretel's backyard.
My first day in the city I got to see a live taping of the Late Show with David Letterman. I got a ticket from my second-grade crush, Zack Levin. We met up in the Barbie Dream House in Times Square. ( 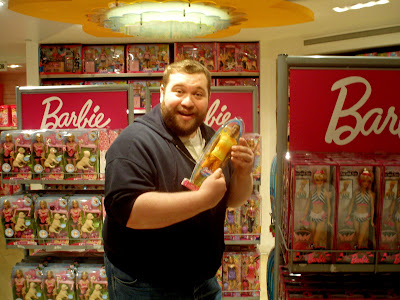 Zack pictured below with a Ken doll.)
The audience handling on Letterman is huge deal. I dressed "preppy" (per Zack's request) and was overly excited when I got my ticket, so I was fortunate enough to get seated 3 rows from the stage, right in front of Dave's desk.
Prior to the show, the audience was crammed into the lobby of the Ed Sullivan theatre (3 on subway map above), in efforts to stay dry from the flash-flood rain outside. Zack jumped up on a chair besides me and gave a funny, overly excited and extremely loud run-down of what to expect on the show. Zack instructed us to laugh at anything and everything - so when the show began EVERYTHING was funny. Yes, it was a tad artificial, but with the energy of the crowd and the mere presence of Letterman everything was funny - I even laughed at a few sports jokes.
I returned to Manhattan the next day and met up with two of my cousins near Gramercy Park/Union Square (4 on subway map above.) My cousin Eric works for EMI, which is a huge music publisher, managing labels such as Columbia Records. My other cousin, Lisa, and I got to visit him up in his office and were invited to take a few CDs home with us. I got Gorillaz D-Side and Kenny Rogers 42 Ultimate Hits - some definite jams for my long drives in the south.
Next I went to the MET (5 on subway map above.) I don't know how it happens, but I always get lost in the European art wing of Museums. I enjoy European art, don't get me wrong, but after about 10-20 paintings it all starts looking the same to me. Finally I found the Eastern art collection - a few of my favorites are below. 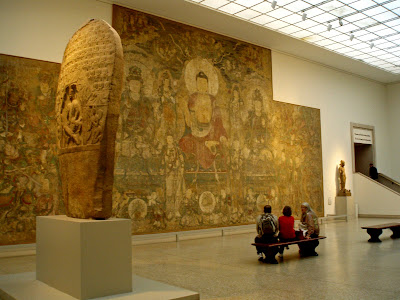 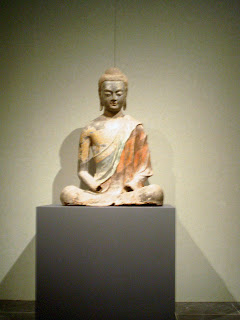 There were two exhibits that I particularly enjoyed: "The Model as Muse: Embodying Fashion" and "The Pictures Generation, 1974–1984" I wasn't allowed to take photos, but some of the exhibit can be found at the MET's website: http://www.metmuseum.org/special/index.asp
On my way home I made a stop in Queens (6 on subway map above.) I got lost.
I spent my last day walking around Brooklyn - it was beautiful (7 on subway map above.) 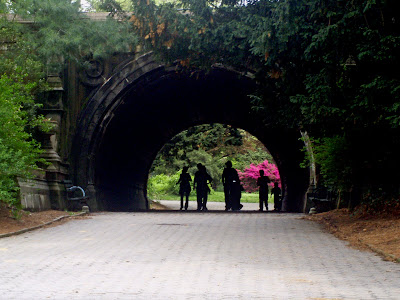 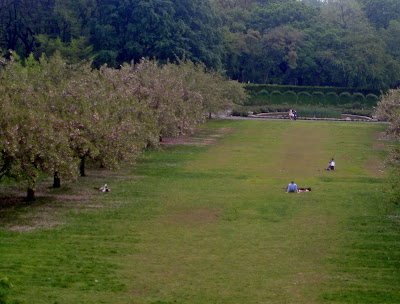 (Cherry Blossoms at the Botanical Gardens)
Later that night I checked the two remaining things off my checklist: sing karaoke and view the city from a rooftop. We went to the Old Carriage Inn in Brooklyn, which was a dodgy mix of aspiring Susan Boyles, metal guys who clearly flat-iron their hair (see video below), little people and yes, Fultonians. I ran into a couple of Fultonians - Jill Reobor and Susan Ely (see picture below.) 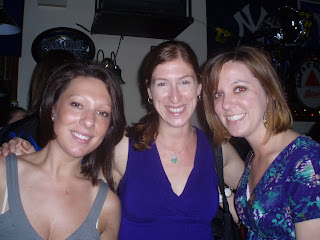 We ended the night on Gretel's rooftop, where the wind nearly swept us off the roof in a dramatic Mary Poppin's fashion. Incidentally, Gretel and I share the same "Best NYC Story" which involves a rooftop. This story also involves drunkenness, a 6-story fire escape, a model named "Trendz", an orange, a thunderstorm, 911, a flood light and twelve firemen... But everyone has already heard that story, right?
NYC was an incredible stop on my epic adventure, one full of nostalgia, a new found peace, randomness and friendship...
Posted by Al at 7:58 AM